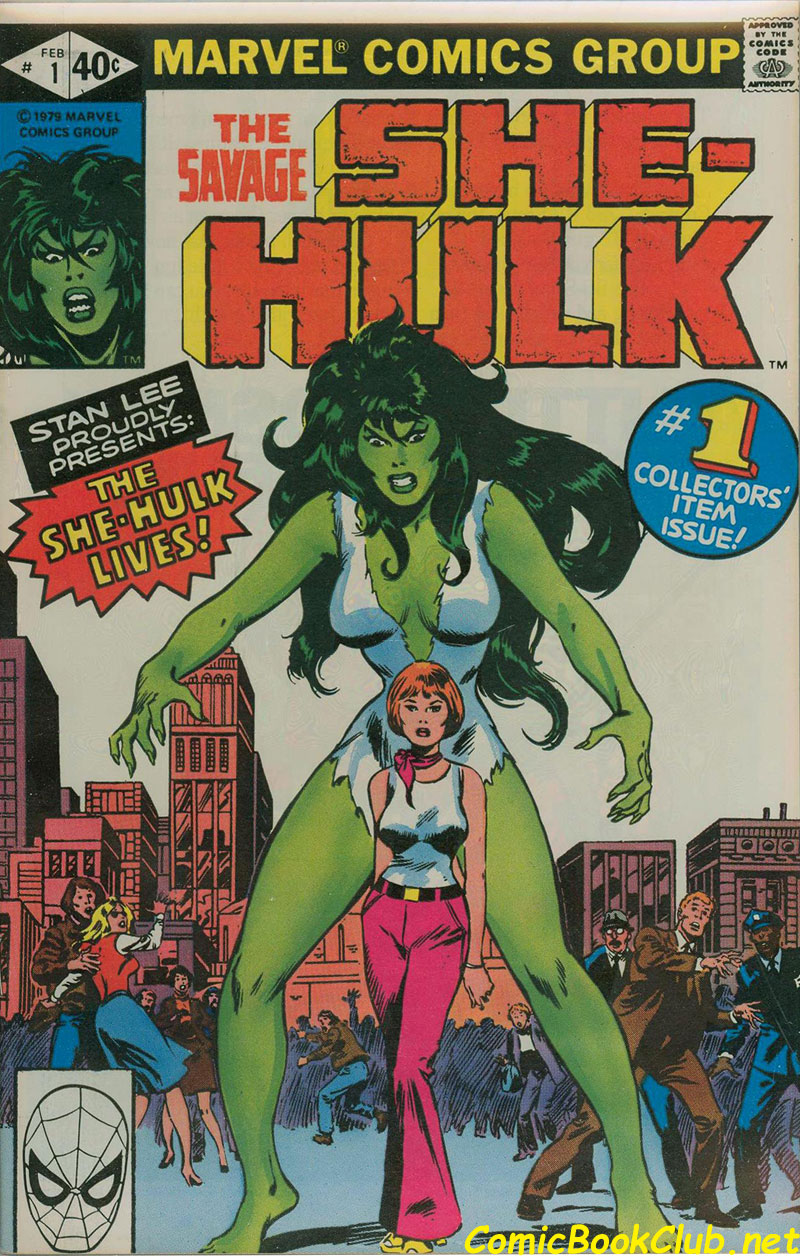 Daughter to the sheriff of Los Angeles County, Jennifer Walters used to spent summer holidays in Ohio, with her cousin Bruce Banner who was like an elder brother to her. When she grew up, Jennifer Walters went to law school in Los Angeles and graduated with high honors. Then, she went into criminal law practice in Los Angeles. During one of Bruce’s visits to L.A., Jennifer, who was defending a criminal named Lou Monkton against gangster Nicholas Trask’s interests, was shot by one of Trask’s henchmen. As she was losing too much blood, Banner had to improvise an emergency blood transfusion. Unfortunately, Banner’s blood was already poisoned with gamma radiation and the transfusion turned Walters into a female version of the Hulk. However, Walters kept her mind intact into her new shape and she found out that she actually enjoyed being the She-Hulk. Walters joined briefly the Avengers, but then part of the group was abducted by the Beyonder to his Battleworld to fight against also abducted villains. There, she met the Thing, who offered her his position in the FF since he wanted to stay in that world where he could return to his human form at will.
Eventually, She-Hulk was exposed to intense radiation while shutting down an atomic pile that was about to explode. Since then, she could no longer return to human form. However, that did not worry her much. During her time as a FF member, she became involved with Wyatt Wingfoot, but she left the group when the Thing returned. After a brief time with the Avengers, she tried to go back to her law career as a member of the New York District Attorney’s office. Walters spent some time as a lawyer, but she returned to the Avengers to fight Onslaught and disappeared after the confrontation as most heroes. They returned a year later and, ever since, she has occasionally taken part in some adventures with the group.