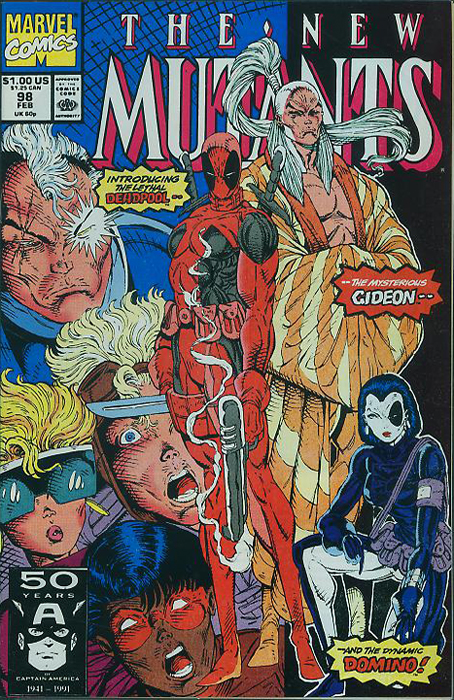 Once a skilled mercenary, Wade was Zoe Culloden’s primary chance of climbing positions into Landau, Luckman, Lake & Lequare, but Montgomery predicted a point of infection in his career and a 54% failure percentage: Wade was beginning to loose it. Believing it to be his girlfriend’s fault, Zoe moved in with her trying to bring the mercenary back to his old self. Vanessa was a young prostitute, but she really loved the man and they had plans for a future together. During his last job, a bloody massacre, Wade decided not to fulfill the deal and their clients came to Vanessa seeking revenge. Zoe, who felt sympathy for the couple, killed the man who tried to murder Nessie just to discover that the failure percentage had risen to 98%: Wade had cancer.
Wade decided then to leave Vanessa and became a bloody killer, willing to risk his life at the minor occasion. His reckless behavior attract the attention of Weapon X and he was offered a cure for his illness in exchange for his cooperation as subject of the experiments. Wade acquired a powerful healing factor that cured his cancer indeed, but his skin corrupted and he became disfigured forever. Wade appreciated a certain irony in his new look -it reflected the monster inside- and went completely mad, becoming Deadpool.
Wade went on with his career until he fell in love with hot-tempered Syrin, who made him promise he wouldn’t kill. He really tried to be a better psychopath and not to tease Al and Weasel so often until he walked into Typhoid Mary, who made his life a mess.